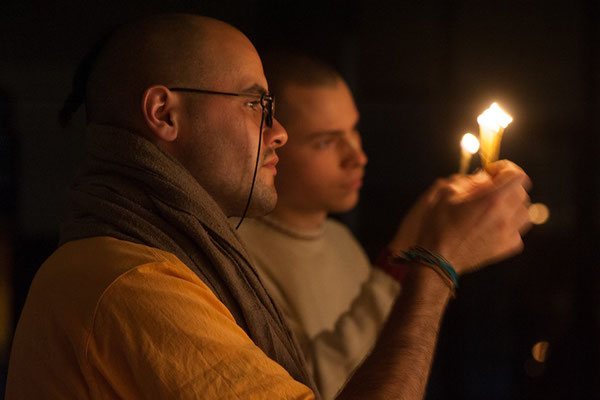 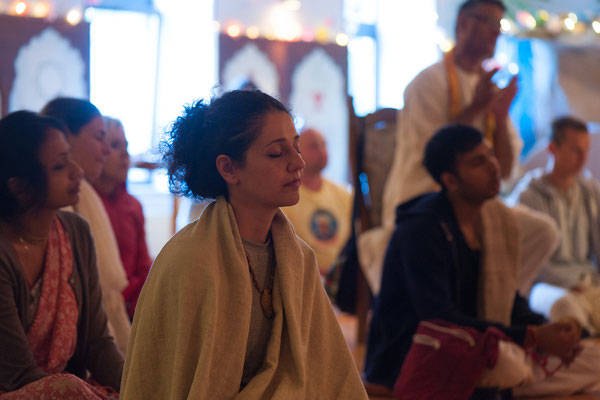 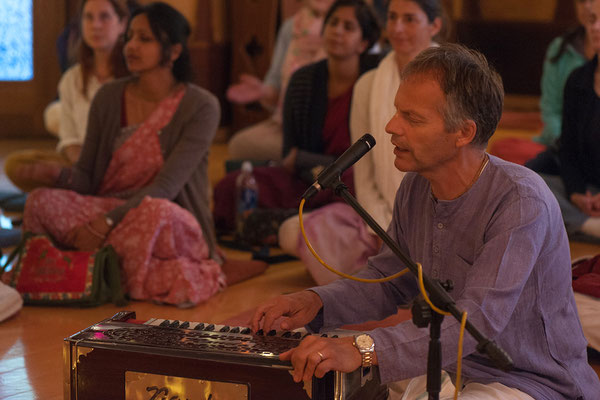 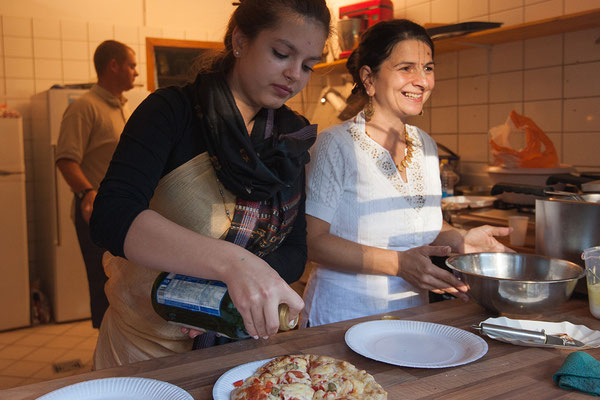 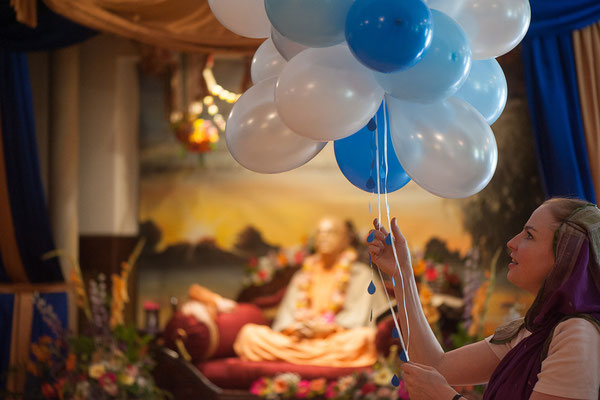 Today, some yoga practitioners consider the physical benefits of yoga as an end in themselves. According to traditional yoga systems, however, physical exercises are only one step on the path to God-realization. The Gita describes bhakti yoga (the path of devotion and love) as the crowning glory of yoga practices. Bhakti-Yoga focuses on the development of our devotion, service and love for the deity, Sri Krishna.

The path of Bhakti Yoga includes a variety of activities. These include mantra meditation or chanting the names of God (Hare Krishna Hare Krishna Krishna Krishna Hare Hare Hare Rama Hare Rama Rama Hare Hare). Chanting is done either individually on beads (Japa) or in community by singing mantras accompanied by music (Kirtan). The study of sacred texts such as the Bhagavad-Gita and the Srimad Bhagavatam, fellowship with like-minded spiritual aspirants, eating sacred vegetarian food, and a way of life that observes the principles of truthfulness, mercy, renunciation, and cleanliness are the main ingredients for a life as a devotee of Bhakti Yoga.

Bhakti yoga and the movement for Krishna consciousness are relatively young in the West, but their roots reach far back into the time of the ancient Indian high culture, which reached its peak five thousand years ago. The most important testimonies of that period are the Sanskrit scriptures (Vedas), which cover all aspects of human life: History (puranas), nutritional science & naturopathy (Ayurveda), architecture (Vasthu), yoga, esotericism, spiritual music (Bhajan), philosophy (Upanishads), religion (Dharma) etc.

The International Movement for Krishna Consciousness (ISKCON), founded by Srila Prabhupada in 1966, is dedicated to studying this Vedic wisdom in depth, putting it into practice and making it available to others.