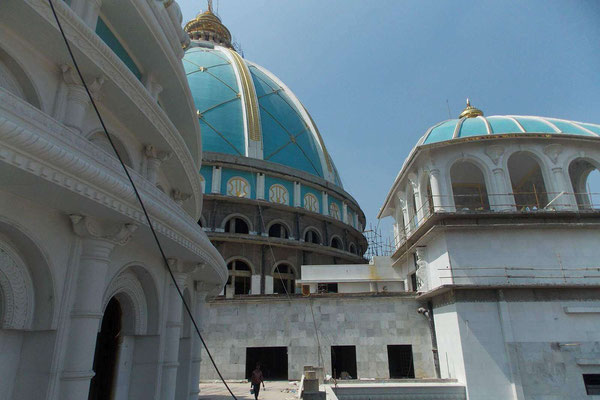 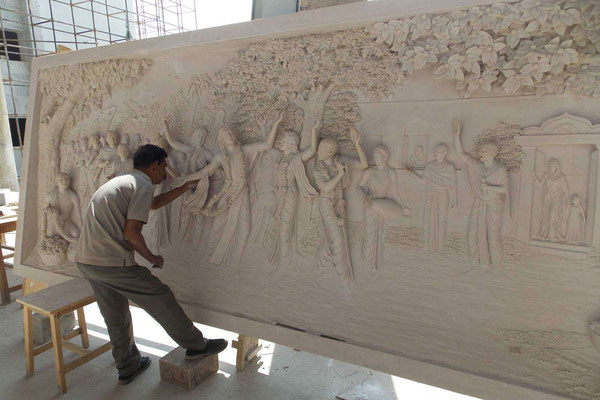 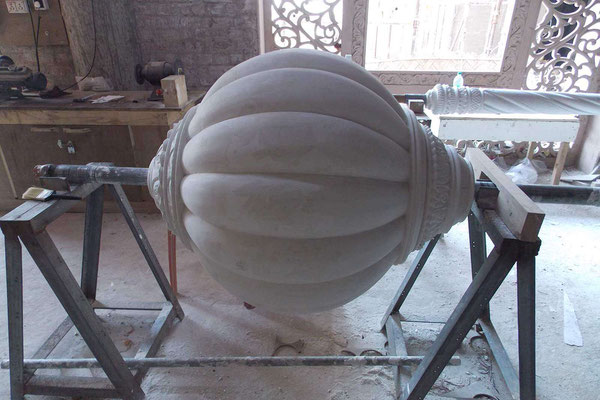 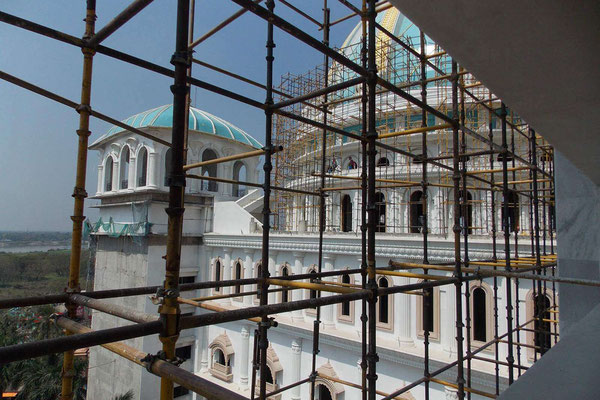 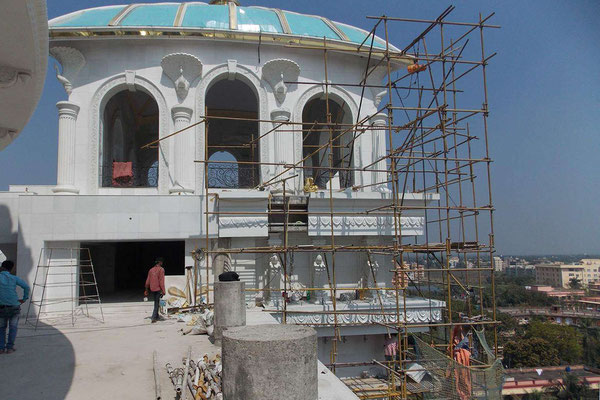 Srila Prabhupada was a true visionary. He always had very big ideas for the spreading of Krishna consciousness and the ideal Vedic culture.

One of Srila Prabhupada’s many gifts to his followers, and the entire world, was his detailed vision for the Temple of the Vedic Planetarium. Srila Prabhupada had a clear vision for the temple, and he expressed it on many occasions. He wanted a unique Vedic Planetarium to present the Vedic perspective of life, including a gigantic display of the material and spiritual worlds, which could be viewed by pilgrims on different levels as they traveled through the Planetarium.

Now here in India we are constructing a very large Vedic Planetarium…within the planetarium we will construct a huge, detailed model of the universe as described in the text of the fifth canto of Srimad Bhagavatam. Within the planetarium the model will be studied by onlookers from different levels by use of escalators. Detailed information will be given on open verandahs at the different levels by means of dioramas, charts, films etc.

As in everything he did, Srila Prabhupada was acting in fulfillment of the desires of the previous Acharyas, or spiritual preceptors. A grand temple for Mayapur was predicted by none other than Lord Nityananda, the most intimate associate of Sri Caitanya Mahaprabhu, some five hundred years ago.

Srila Bhaktivinoda Thakur, the father of the modern day Krishna Consciousness movement, narrates a description of the future development of Mayapur given by Sri Nityananda Prabhu to Srila Jiva Goswami:

'When our Lord Caitanya disappears, by His desire, the Ganges will swell. The Ganges water will almost cover Mayapur for a hundred years, and then the water will again recede. For some time only the place will remain, devoid of houses. Then again, by the Lord’s desire, this place will again be manifest, and the devotees will build temples of the Lord. One exceedingly wonderful temple (adbhuta-mandira) will appear from which Gauranga’s eternal service will be preached everywhere.'

In July of 1976 Srila Prabhupada expressed his preference for the outer design of the temple. While visiting Washington, he instructed Yadubara Prabhu and Vishakha Mataji to take photos of the Capitol building. When they inquired why, he replied:

“I wanted both of you to take various detailed photographs of that Capitol.”

“The Capitol Building.” Yadubara nodded. “For what purpose, Srila Prabhupada?”

“We shall have a planetarium in Mayapur,” Prabhupada told him. “To show spiritual world, material world, and so on succession of the planetary systems, everything. A building like that. We are acquiring three hundred and fifty acres of land for constructing a small township to attract people from all the world to see the planetarium. … You take all details, inside, outside. That will be nice.”

Later the same month he met George Harrison in London and happily informed him:

“We are just attempting a big planetarium in Mayapur. We have asked government to acquire land, three hundred and fifty acres. That is negotiation going on. We shall give a Vedic planetarium…the construction will be like your Washington capital, like that.”

It was also during this last visit to America that Prabhupada asked Ambarish Prabhu to provide the funds for the new Mayapur temple:

He turned to Ambarisha prabhu. “How do you like this idea, Vedic Planetarium?”

Prabhupada laughed. “You also like? So finance this project, Vedic Planetarium.”

“Where will this be?” Ambarisha asked him.

“Mayapur. My idea is to attract people of the whole world to Mayapur.”

We invite you to join us on this journey of fulfilling the vision of that great visionary, Srila A.C. Bhaktivedanta Swami Prabhupada – the Temple of the Vedic Planetarium.